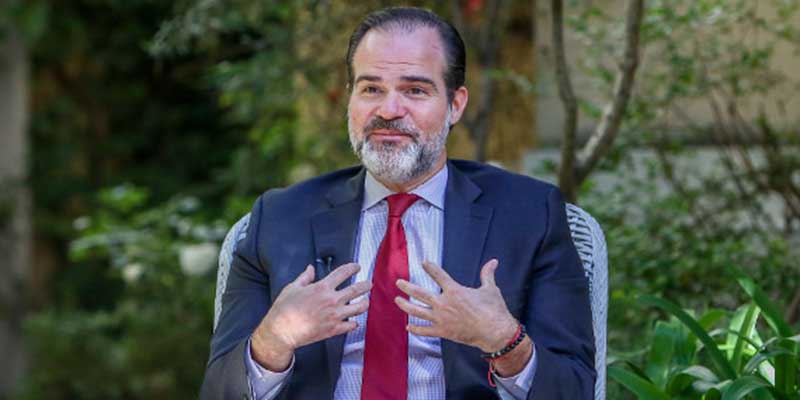 “Some companies have left Latin America because of currency risk. We offer hedging to eliminate it”

Pablo Pardo (Washington) | As of October 2020, the largest development agency in the Americas, the Inter-American Development Bank (IDB), has been headed by Madrid-raised Mauricio Claver-Carone, the first American to lead the institution. He served as director for the Americas on the National Security Council under President Donald Trump. And Claver-Carone has set himself the goal of accelerating growth in Latin America, making it more inclusive with the help of private capital, a strategy that comes up against the political situation of several countries in the region.

Q: What is the presence of Spanish companies in Latin America and the Caribbean today?

B: Last year, Spanish investment in the region fell by 20%. Much of this was due to Covid, but the truth is that it had fallen at a rate of nearly 2% over the past ten years. This worries me, because the dynamic of Spanish companies is increasingly global, which may reduce their interest in Latin America. It’s something that fills me with pride as a Spaniard’s son, but it could become a problem for the region. It’s one of the reasons I went to Madrid.

Q: What exactly do you mean by that?

Q: The IDB talks about hedging, but only for currency risks. Or is it also for political risk?

A: During our meetings with companies and other counterparts, we have seen many requests for the IDB to create a kind of MIGA (the agency of the World Bank which offers guarantees of investments against economic and political risks ). One of the biggest challenges in attracting investment to the region is political risk. Companies, when making an investment decision, must have a ten-year perspective of stability. And now it turns out that companies are facing volatility in countries where they never thought there would be volatility, like Chile. Some companies have left Latin America due to currency risk. We are already mitigating risk and protecting currencies, and will soon be creating an instrument for political risk issues.

Q: You have repeatedly insisted that you do not want this decade to be another “lost decade” for Latin America and that you expect the region’s commodity revenues to be used effectively . How do we know it will happen?

A: Because Covid-19 has highlighted the lack of investment in infrastructure in the region and, dramatically, the shortage of health infrastructure. Latin America is the region with the largest infrastructure gaps in the world. We need more than 180 billion dollars of investments per year. And this has been felt in the pandemic, which has made it the region with the most deaths in the world relative to its population. Spending the resources obtained will not satisfy the citizens of the region, who want more services and infrastructure. In Latin America, there are 50 million people who have joined the middle class, who are sophisticated and who cannot be satisfied with short-term investments. And there is also another opportunity: digitization. Recently, at a road show, I spoke to the chairman of one of the largest private equity firms in the world, who said to me, “We knew the IDB for building bridges and roads, and as a lender of last resort in the region”. Today at the IDB, we are focused on digital infrastructure: what used to connect a bridge that took five years to build can now be done with a digital network that takes five weeks to build. And the digitization of governments is essential. This is an IDB which is not a lender of last resort, but which develops investment projects with economic actors.

2022-01-18
Previous Post: The appeal of Chinese ‘digital authoritarianism’ for Latin America
Next Post: What an increase in the Latin American tech workforce means for US-based IT companies