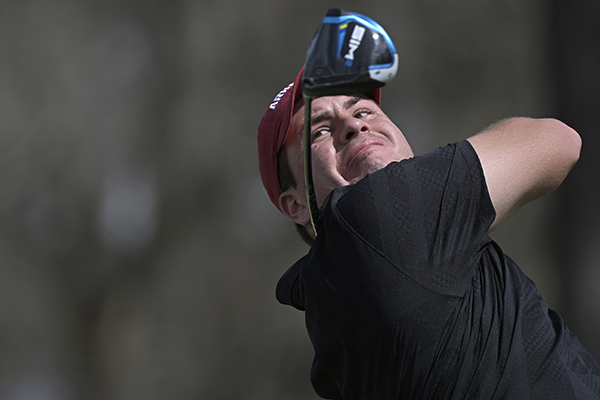 University of Arkansas senior Julian Perico attacked the Teeth of The Dog course and came away with a three-stroke lead and the record 36 holes at the Latin American Amateur Championship in Casa de Campo, Republic Dominican, Friday.

Perico shot a bogey-free 66 in hot, windy conditions and is 9-under 135 halfway through the 72-hole tournament. The Peru native, who helped Arkansas to the SEC Match Play Championship as a rookie, went a bogey-free inning with six birdies. Perico took advantage of better morning scoring conditions to birdie at No. 2 on the front nine and five on the back nine on Nos. 11-14 and the closing 18 when he left an eagle putt a few inches short. .

Perico led teammate and co-first-round leader Segundo Oliva Pinto, who shot a 72 in a morning round with four birdies and four bogeys after opening with a 66 on Thursday.

The Razorbacks are near the top of the standings as junior Mateo Fernandez de Oliveira is tied for eighth at 3 under and redshirt rookie Juan Camilo Vesga is tied for 14th at 1 under.

At one point midway through the afternoon heats, Perico, Pinto and Fernandez de Oliveira held the top three spots in the standings.

Puerto Rico’s Roberto Nieves, who tied with Pinto for the first-round lead, had a 73 on Friday to drop into a five-way tie for third at 5 under par.

Arkansas’ sophomore Argentine Manuel Lozada fell back with a 4-of-76 in tougher scoring conditions but made the cut at 4-over and is tied for 29th.

The winner of the tournament receives an exemption to play in the Masters and the British Open and the final stage of qualification for the US Open.