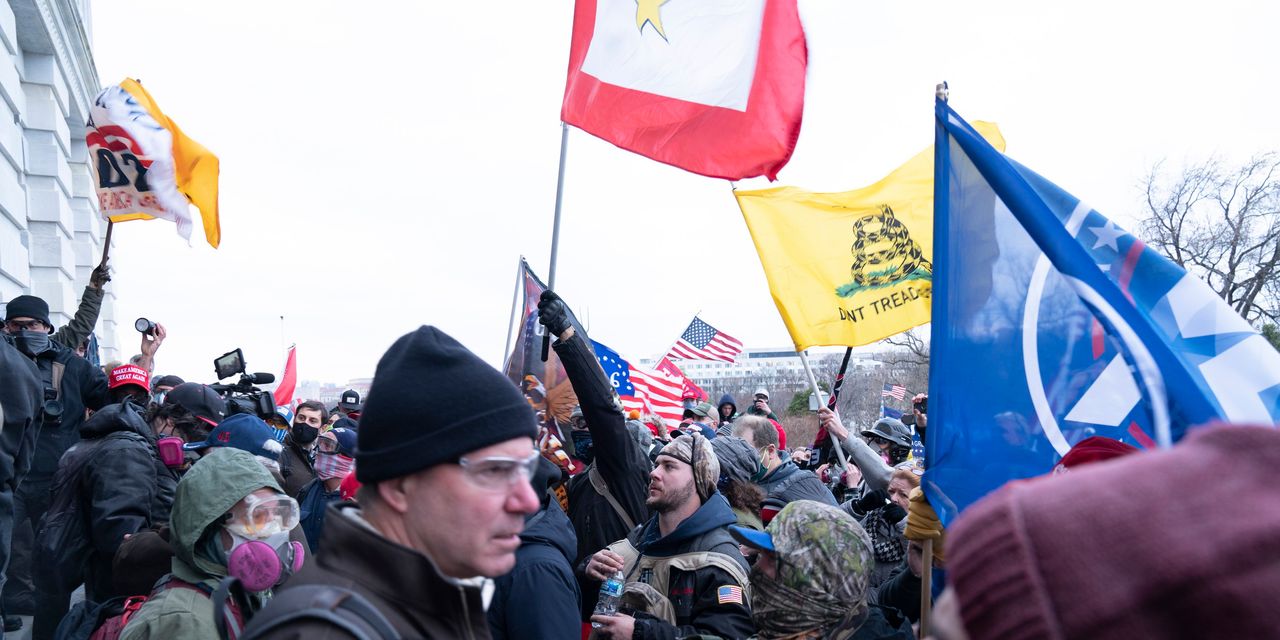 On Wednesday afternoon, I caught up with a Latin American friend to get his thoughts on the chaos of Capitol Hill. “It looks like home,” he joked.

It was not a unique reflection. In the evening, a popular observation circulating was that the invasion of Congress was the business of the Banana Republics. The heckling also brought up memories of what happened in many American cities over the summer when the Black Lives Matter marches turned violent.

There was a big difference between Wednesday and the American Summer of Terror. During the latter, it was simply a presidential candidate (Joe Biden) who refused to condemn BLM violence, until he realized it was hurting his polls. Last week, it was a sitting US president who stoked the passions of his supporters and continued to justify their anger even after it was clear they were breaking the law, endangering lives, damaging property. and attempted to disrupt an independent branch of government. President Trump may have set a new modern-day low.

Yet the main worry is that political violence in the United States, both on the left and on the right, appears to be on the rise. He will not back down as long as crowd action is tolerated as a means of playing politics.

A first step in reversing the trend is to admit that the slaughter and burn tactics on both sides are similar. Both justify violence under the banner of “participatory democracy”. Storming the Capitol or torching a Starbucks, it’s the people talking.

Participatory democracy as defined by extreme groups has already been implemented in the United States. The leftist uprising in the streets of Seattle against the 1999 World Trade Organization ministerial conference is a memorable example. It is no coincidence that elements of Mr. Trump’s base oppose free trade and globalization.

Traditional American democracy is a “deliberative democracy,” a process by which elected officials use reason and debate to shape public policy. Participatory democracy says to the injured: Never mind the legislature. Go to the streets to get what you want.

A 2013 article by Italian philosopher Antonio Floridia traces the origins of participatory democracy in the 1960s in the United States, “inspired by the great youth movements of that decade”. Floridia quotes American political scientist Jane Mansbridge, who writes that the term “became widely used” after Students for a Democratic Society “gave it a central place in its founding declaration of Port Huron”. Ms Manbridge adds: “It was not clear what the term meant at the time, and it became less clear afterwards, as it applied to virtually any form of organization that involved more people in the process. decisional process. In today’s New Left organizations, however, the term has come to be associated fairly quickly with the combination of equality, consensus, and face-to-face assembly.

In practice, this approach seems to give way to a crowd rule in which passionate believers, though unelected, gain power by organizing. When the other side finds similar ways to control them, the participants, believing themselves to be Democrats, resort to physical intimidation.

In a 2009 essay titled “Farewell to the ‘End of History’: Organization and Vision in Anti-Corporate Movements,” left-wing Canadian author Naomi Klein explained why, in 2001, the Global Social Justice Forum chose Porto Alegre. , in Brazil, for its first annual conference: the Workers’ Party (PT) was in power in both the city and the state of Rio Grande do Sul and it had “become world famous for its innovations in democracy. participatory ”.

This “innovation” was a clever way to circumvent the election results. The PT sought to control the city’s budget but repeatedly failed to gain control of the city council at the polls. So the party organized political agents (unions, garbage collection companies, etc.), labeled them grassroots groups and used them to lobby the council. This undemocratic purpose has come to be known as “participatory budgeting”.

The strategy was viewed as a great success, until other parties began to organize their own political agents. During this time, the PT exported the idea to other parts of Brazil and beyond. Latin America, where Fidel Castro attempted to replicate the Soviet Third International with the annual Foro do São Paulo, was fertile ground.

The collapse of democratic institutions in the region coincides with the use of the term “participatory democracy” as a means of stifling pluralism and tolerance. Where the mere political activism of organized pressure groups is not enough (because two can play this game), the Soviets claiming popular legitimacy are taking matters into their own hands. Bolivia, where crowds blocked highways to paralyze the country and bring Evo Morales to power, and Venezuela, where “collective»Are unleashed to enforce chavismo, are the most extreme cases, but there are many more.

The United States is supposed to be different. But this will not be the case if the reprehensible use of collective violence is legitimized as participatory democracy.

2021-01-10
Previous Post: Costa Rica among the Latin countries where inflation has fallen the most during the pandemic
Next Post: PH explores Latin countries for the creative sector – Manila Bulletin