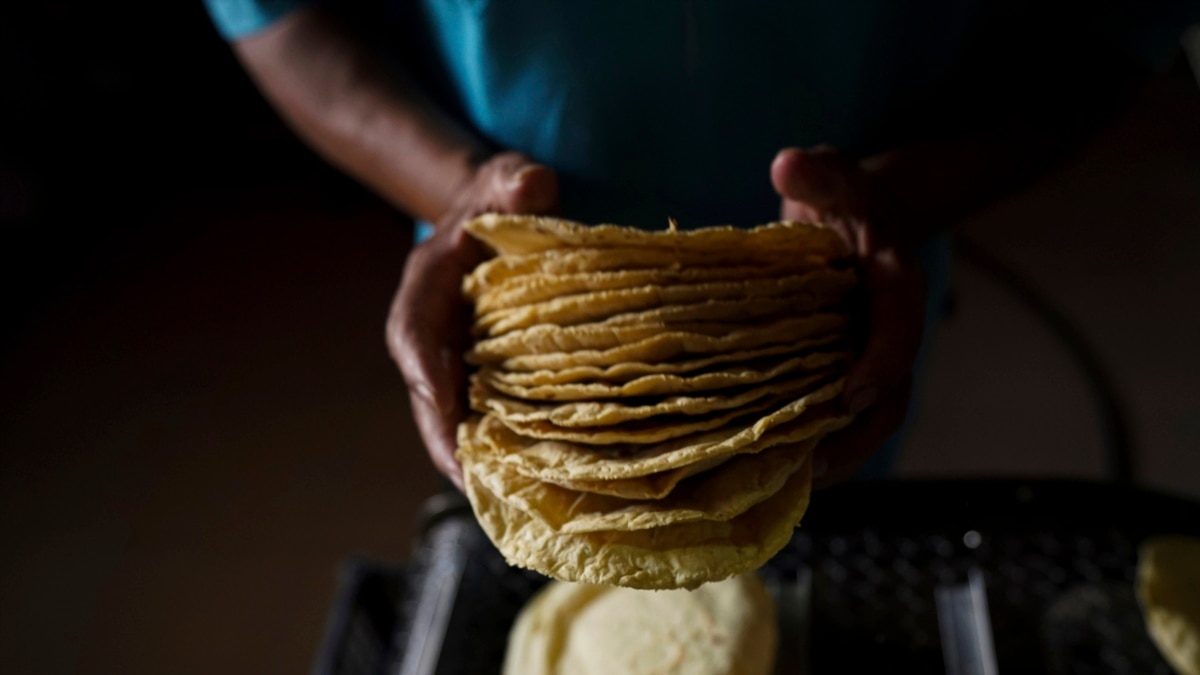 No item is more essential to Mexican tables than the corn tortilla. But the surge in inflation overwhelming Latin America and the rest of the world means people like Alicia García, a housekeeper at a restaurant in Mexico City, have had to cut spending.

Months ago, García, 67, bought a stack of tortillas weighing several kilograms to bring home to his family every day. Now, her salary doesn’t go that far and she limits herself to just one kilogram (2.2 pounds).

“Everything has gone up here,” she told The Associated Press as she stood outside a tortilla shop. “How am I, earning minimum wage, supposed to afford it?”

Just as inflation is not limited to tortillas, whose prices in the capital have soared by a third over the past year, Mexico is not alone. Latin America’s biggest price spike in a generation has made many widely consumed local products suddenly hard to reach. Ordinary people are relying on daily life to become a more painful struggle, with no relief in sight.

Countries had already absorbed higher prices due to supply chain bottlenecks related to the COVID-19 pandemic and government stimulus programs. Then, Russia’s invasion of Ukraine at the end of February caused fertilizer prices to rise sharply, affecting the cost of agricultural products, including corn. Global fuel prices have also jumped, making items trucked to cities from the countryside more expensive.

In Chile, annual inflation was 10.5% in April, the first time in 28 years that the index reached double digits. Colombia’s rate reached 9.2%, its highest level in more than two decades. In Argentina, whose consumers have been dealing with double-digit inflation for years, price increases have reached 58%, the highest in three decades.

In beef-crazed Buenos Aires, some households have started looking for alternatives to this staple.

“We had never bought pork before; now we buy it every week and use it to make stew,” Marcelo Gandulfo, a 56-year-old private security guard, said after leaving a neighborhood butcher’s shop. bourgeois of Almagro. “It’s a bit cheaper, so that makes a difference.”

Last year, the average Argentinian consumed less than 50 kilograms of beef for the first time since annual data was first collected in 1958, according to Argentina’s Beef Promotion Institute. In recent months, prices have “increased much more than normal”, said Daniel Candia, a 36-year-old butcher.

“I’ve been in this business for 16 years, and this is the first time I’ve seen something like this,” he said.

Latin America as a whole is suffering from “sudden price spikes in basic necessities,” World Bank President David Malpass told an online conference on Thursday. He noted that the prices of energy, food and fertilizers were increasing at a pace not seen for many years.

Around the world, central banks are raising interest rates in an attempt to slow inflation. Brazil’s central bank embarked on one of the most aggressive rate hike cycles in the world, with inflation surging above 12%, its fastest pace since 2003. In addition to factors fueling regional inflation, commodities Brazilian farms have become more expensive due to drought and frost. The price of tomatoes, for example, has more than doubled over the past year.

Higher rates are a government’s main tool to fight high inflation. But raising rates carries the risk of weakening an economy to the point of triggering a recession. Last year, the World Bank estimated that the region’s economy grew by 6.9% after rebounding from the pandemic recession. This year, Malpass said, it’s only expected to grow 2.3%.

“That is not enough to make progress in reducing poverty or social discontent,” he added.

Brazilian newspapers tell their readers what foods they can substitute for their usual produce to help stretch the family budget further. But some products, like coffee, are irreplaceable, especially in the country that produces more of it than any other in the world.

Ground coffee has become so expensive that shoplifters have started taking interest in it, said Leticia Batista, a cashier at a supermarket in Sao Paulo.

“It breaks my heart, but I told a lot of them to give the powder back,” Batista said in the upscale neighborhood of Pinheiros.

In her own more humble neighborhood, she says, the cost of coffee “is a big issue.”

At the more upscale end of the java spectrum, Marcelo Ferrara, a 57-year-old engineer, used to enjoy a daily espresso at his local bakery. Its cost has climbed 33% since January, to 8 reais ($1.60). He therefore reduced his consumption to two per week.

“I just can’t afford to have too many,” Ferrara said as she gulped one down.

For decades, the countries of the region have suffered simultaneously from galloping inflation. A key difference now is that global economies are much more interconnected, said Alberto Ramos, head of Latin America macroeconomic research at Goldman Sachs.

“Interest rates will have to rise, otherwise inflation will run wild and the problem will get worse,” Ramos said. “Governments can’t be afraid to use rates. It’s a proven medicine to bring inflation down.”

So far, however, the higher rates offer little hope that inflation will come down significantly in the near term. The International Monetary Fund forecast last month that average inflation in the region, excluding Venezuela, will slow to 10% by the end of the year. That’s not far below the 11.6% rate recorded at the end of 2021 and still more than double the 4.4% expected for advanced economies, according to the IMF’s World Economic Outlook.

“It will take at least two years of relatively tight monetary policy to deal with this,” Ramos said.

This means that belt-tightening and going without certain consumer staples, for now, is likely the new norm for the poorer members of society in the notoriously unequal region. More than a quarter of Latin America’s population lives in poverty – defined as living on less than $5.50 a day – and that is expected to remain unchanged this year, according to a World Bank study released last month.

Sara Fragosa, a 63-year-old housewife in Mexico City, made no secret of her anger over rising prices during an interview at a market stall.

“Those who are poorest are the worst off, while the rich are only getting better,” said Fragosa, who said he replaced his regular purchases of beef with quinoa and oats.