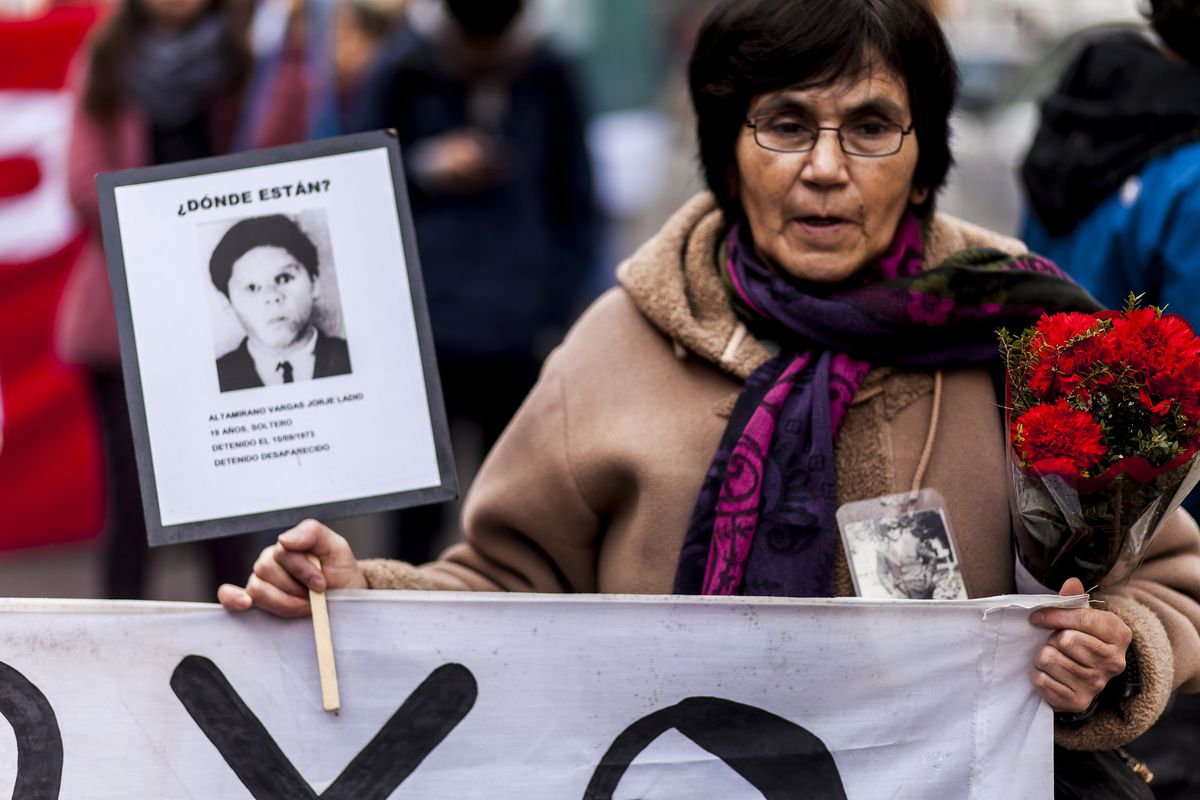 Latin American research mothers: without fear and with memory | International

The eyes of the earth are in the Atacama Desert, in northern Chile. Scientists confirm that the most powerful telescopes in the world are there, in this infinite space, the driest on the planet, which is also the only one to bloom once a year: they call it the flowering desert. There, in the middle of an immense nothingness, dozens of women have forged a story of bravery, of a painful and serious bravery which is reproduced in the four corners of the continent. The women of Calama became famous for decades in search of their missing children, brothers and husbands under the dictatorship of Augusto Pinochet (1973-1990), a regime that murdered, tortured and disappeared more than 40,000 people in inside and outside Chilean territory. In Nostalgia de la Luz, a 2010 documentary by Chilean Patricio Guzmán, several of these women drag their feet and touch the ground. They have become experts in knowing the difference between a fragment of stone and a fragment of human bone. “I wish telescopes didn’t just look at the sky, but could cross the earth to be able to locate them,” one says as the sun tans his face full of wrinkles and sadness. .

We are in 1978, on the other side of the Andes mountain range. The World Cup in Argentina, which is taking place in the midst of the dictatorship of Jorge Rafael Videla, has thrilled the whole world. The international press covering it observes a group of women wearing white headscarves; they walk in a circle in the Plaza de Mayo. There are barely ten of them, they carry photographs of their missing from neck to chest. They were called “crazy mothers”. Until a journalist from Dutch television approaches them and their voices start to ring out. “Why don’t they tell us if they are alive or dead?” We are not looking for anything more. Let them answer us and we’ll leave,” said one. The words of each other jostle, and this video document remains for posterity. The voices in a stifled cry, the despair and the hope that finally, in front of this camera, something of their claim will be heard. “We no longer know who to contact: consulates, embassies, ministries, churches… Everywhere, the doors are closed to us. That’s why we beg you, you are our last hope: please help us! they say, stumbling in front of the reporter. When the mothers and grandmothers of Plaza de Mayo explain in several interviews the reason for the white headscarf, they are referring to motherhood. They want that fabric they used as diapers to change their children when they were babies to mark their movement. The struggle of these women has not only transcended the creation in Argentina of the National DNA Data Bank, which identifies those who, during the dictatorship, were illegally appropriated by the military regime and given to related families. It also inspired the so-called “green wave” of the fight for legal and safe abortion and the symbolic scarf of this color that the Latin American and global feminist movement has adopted as its own. It is no coincidence that Latin American women, generation after generation, continue to seek to change the world.

And they change it, or at least they shake it up. With protests, searches in the deserts, stirring land and sea. Or writing letters. I had to look for my son however and anywhere. We went to radio stations to tell what was happening to us, we stuck flyers with information about my Dany on poles and crowded places, and from these places I understood your indifference. The absence of my son hurts me like the 100,000 who are not in our beautiful Colombia today. But I confess, your total indifference hurts me deeply. I inform you that there are 82,998 people missing in Colombia, 9,000 in Valle del Cauca and 6,400 in the city of Cali. Too much, right?”, says a letter written in 2019 by María Cecilia Tuestar Álvarez, who has been looking for her son since December 28, 2013. Like María, several dozen mothers caught the attention of the press, when they climbed on the transport buses in the city of Cali, in the department of Valle del Cauca, to distribute letters where they told how their sons or daughters had disappeared.In Colombia, in recent decades, there have been added the terrors of an internal conflict which, despite the signing of peace agreements with the FARC guerrillas, has not completely ceased.There people have been reported missing by guerrilla groups, paramilitary groups, criminals or agents of the State And according to official figures, the disappearances in this country exceed those of the dictatorships of several South American countries during the 20th century.

But dictatorships and armed conflicts are not the only places where people go missing in Latin America. Since the early 2000s, with the increase in migratory flows on the continent, things have gotten worse. And just as caravans of migrants are created from time to time in Central America, so caravans of mothers in search of their sons and daughters began to follow them, who headed to other countries in search of a better life and are gone. As if disappearing were a natural possibility of travel, a form of daily life. Central American mothers are perhaps the most visible example of a tragedy that chains many others behind it. Since 2004, they have come to Mexico City every year from El Salvador, Honduras or Guatemala organized through the Mesoamerican Migrant Movement, following a route similar to the one they imagine they took for their relatives. They demand and shout, they bring sadness on their backs, and they don’t get tired and they don’t forget. They are foreign mothers in a country that has taken away what they love most in life. And with that, they also take away their fear. *** From the Atacama Desert to Sonora, these women have everything in common. They are victims of absent and ineffective governments, of indifferent societies, of vacuums. They who stir everything in their quest to find what this world has taken from them, teach us all on their way.

In 2021, Ceci Flores, the leader of the Searching Mothers of Sonora in northern Mexico, shared everything she learned in the six years she searched for her two missing children: how she differentiated between bones, how she knew when the earth had been removed. Researchers like her only lack the knowledge of DNA identification to be able to perform the tasks that the authorities do not. “What we do bothers them. We found the bodies they couldn’t find. They don’t do it because they don’t want to. We are already nearly 900 moms across the state. We have recovered almost 300 bodies and located more than 50 living people,” he said. In a conversation with Socorro Gil, whose son went missing in Acapulco, Guerrero, after being detained by municipal police in 2020, he explained that in northern Mexico he was taught to identify land features at to dig. I was in a hurry and with a busy schedule. He had planned a few trips to Tijuana and Monterrey for “some research.” When I asked him why he was going to the other side of the country and away from where his son had disappeared, he replied: “We have the idea that we know where they pick up (abduct) our children , but we don’t know where they go. Leave. So if we can visit the entire Mexican Republic, we will. And if I can’t find my son, maybe I’ll find another mother’s son,” he said.

In Latin America, several tragedies have followed one another and we have accumulated an incalculable number of missing persons. But, for each of these people “wiped” from the map by State agents, by a guerrilla, a paramilitary group or a dictatorial regime, there are tens of thousands of women who wake up every day, without resources, for the most part, but also without fear, and with the only certainty that they will find something, although they don’t know exactly what it is. And this is perhaps one of the best examples that Latin American women bequeath to the whole world.