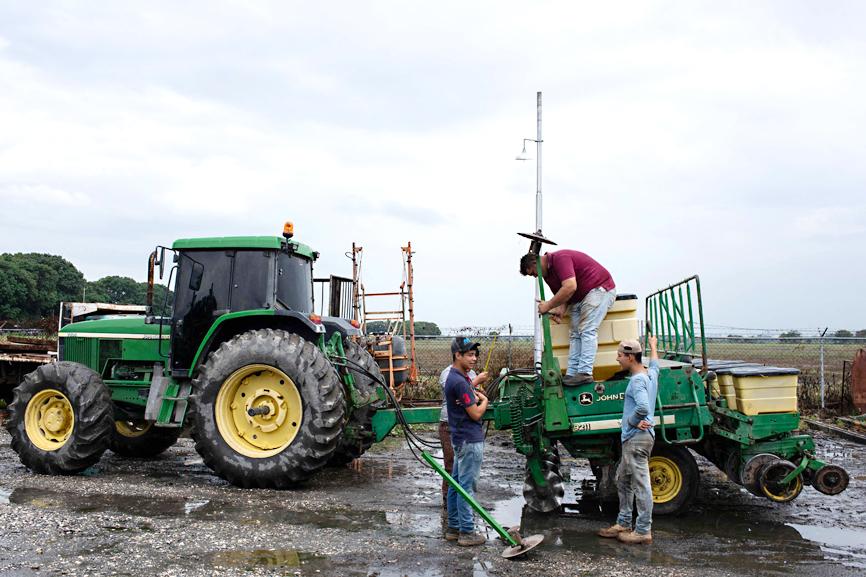 The first downpour of the rainy season in Venezuela’s western Portuguesa region has fallen and now is the time to plant maize, a staple food in the South American country.

However, as in much of Latin America, the race is on to find enough fertilizer for crops.

Russia’s invasion of Ukraine 10,000 km away limited the supply of the bulk of the agricultural supplement throughout the region.

About 80% of the 180,000 tonnes of fertilizer used each year in Venezuela is imported, mainly from Russia, but also from Ukraine and Belarus, the agricultural producers’ union FEDEAGRO said.

Western sanctions on Russia and Belarus, as well as Ukraine’s difficulties in exporting under siege, have sent all of Latin America scrambling to find replacements.

Russia is the world’s largest exporter of fertilizers with more than 12% of the world market, but its sales have been practically paralyzed by the sanctions.

“Thank God we managed to buy Russian fertilizers in trade negotiations in October and November, paid in December and they were able to arrive in February and March,” said FEDEAGRO president Celso Fantinel.

Fantinel said they are still short of around a third of their needs, but time waits for no one and there is no time to find alternatives.

Indeed, “we are producing 30% of our capacity” due to the economic crisis in Venezuela which has seen the country suffer eight years of recession and four years of hyperinflation, said Ramon Bolotin, president of independent agricultural producers PAI . “Even so, there is not enough fertilizer for that 30 percent.”

“Chemical fertilizers are essential,” he said, for a country where 3% of the 30 million people work in agriculture “to feed the remaining 97%.

“We will work with what we have … although in some places they will have to underdose,” Bolotin said.

For Venezuelan farmers, it’s yet another headache in a country that is already suffering from fuel shortages due to the collapse of its vital oil industry.

In Portuguesa, an agricultural region known as the “breadbasket” of Venezuela, lines at gas stations stretch for miles.

The lack of fertilizer is a huge obstacle. A hectare of maize can produce 9 tons of harvest, but this figure can drop to 2.7 tons if the conditions are not good.

All of Latin America faces the same problem, especially its two agricultural giants. Last year, Brazil imported nearly 81% of the 36.74 million tonnes of fertilizer it used, 20% of which came from Russia, the government said.

Argentina imported 60% of its 6 million tons, of which 15% came from Russia.

Mexico, Ecuador, Colombia and Peru are also, to a greater or lesser extent, dependent on Russian fertilizers.

In March, Ecuadorian President Guillermo Lasso said his government would subsidize fertilizer imports because of “the increase in the price of agricultural materials” caused by the international crisis.

Horst Hobener, a maize farmer in Turen, Portuguesa, said prices had risen 120% in a few months.

The collapse of Venezuela’s oil industry has affected the petrochemical industry, which in the past supplied domestic demand for fertilizers.

“It was felt a lot,” said FEDEAGRO vice-president Osman Quero. “For the past three years, we have been sourcing fertilizer ourselves” through intermediaries.

Farmers have called on the government to reactivate its petrochemical complex in northern Carabobo state, which has been half crippled since 2017.

According to the state oil company Petroleos de Venezuela SA, it has the capacity to produce 150,000 tons of nitrogen and phosphate fertilizers per year.

The Russian fertilizers used by the farmers of Turen are composed of 10% nitrogen, 26% phosphorus and 26% potassium.

“We have two fundamental ingredients: urea [nitrogen] and phosphorus, and we would only have to import potassium chloride,” Fantinel said.

They are exploring other options, but the global shortfall has forced many exporters to suspend sales due to their own domestic needs.

Ruben Carrasco of the Lima Chamber of Commerce said Russia was looking for ways to use third parties such as Norway to get back into the market.

“Who knows, maybe next year other alternative sources will be tried,” Bolotin said.

Comments will be moderated. Keep comments relevant to the article. Remarks containing abusive and obscene language, personal attacks of any kind or promotion will be removed and the user banned. The final decision will be at the discretion of the Taipei Times.