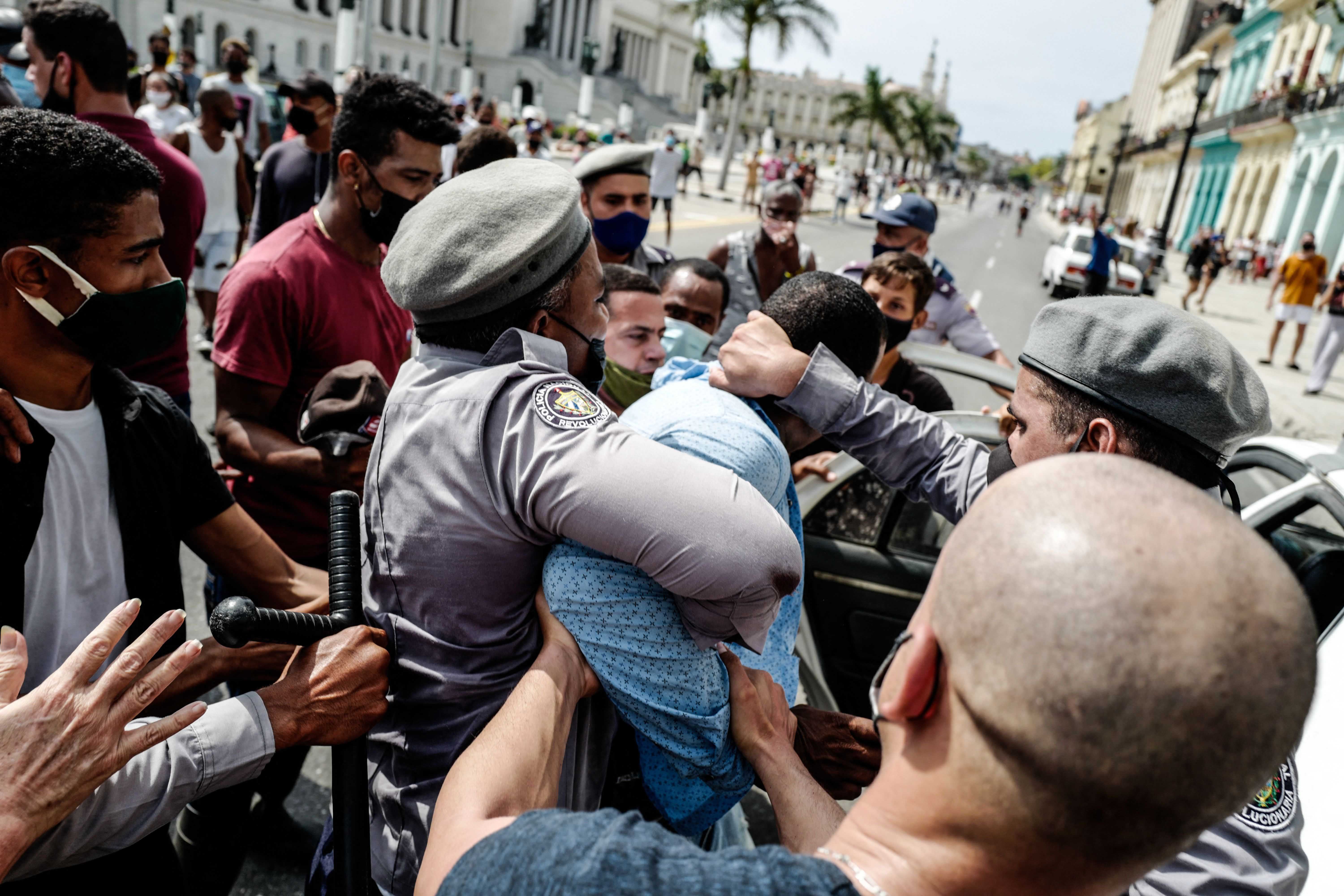 “Latin America is experiencing such an alarming reversal of fundamental freedoms that we must now defend democratic spaces that we once took for granted,” said Tamara Taraciuk Broner, interim director for the Americas at Human Rights Watch. “Even democratically elected leaders have attacked independent civil society, the free press and judicial independence. Millions of people have been forced to leave their homes and countries, and the economic and social impact of the pandemic has been devastating. “

The Cuban government has systematically engaged in abuses against critics and artists, including arbitrary detention, mistreatment of detainees, and offensive criminal prosecutions in response to extremely peaceful anti-government protests.

The November elections in Nicaragua were held without any democratic guarantees. As elections approached, Daniel Ortega’s government arbitrarily arrested and prosecuted critics and opponents, including seven presidential candidates, holding many incommunicado in abusive conditions for weeks or months. In addition, more than 100 people perceived to be critical remain arbitrarily imprisoned amid the human rights crisis that began in 2018.

In November, the prosecutor of the International Criminal Court opened an investigation into allegations of possible crimes against humanity committed in Venezuela under the leadership of Nicolás Maduro. A UN fact-finding mission found that judicial authorities had been complicit in blatant abuses. An independent EU electoral mission which monitored the regional elections in November reported that some political opponents remained arbitrarily excluded from the candidacy, that there had been unequal access to the media, and that the lack of judicial independence and respect for the rule of law has undermined impartiality and transparency. Human Rights Watch denounced the crackdown on dissent and a level playing field, which made it difficult to ensure that all voters could freely exercise their rights.

Elected leaders with authoritarian tendencies have also repeatedly attempted to undermine the rule of law.

In Brazil, President Jair Bolsonaro, an apologist for his country’s military dictatorship (1964-1985), attempted to intimidate the Supreme Court with insults and threats and made baseless allegations of electoral fraud.

In Mexico, President Andrés Manuel López Obrador continued his media attacks on journalists and human rights defenders, his efforts to eliminate independent government agencies that were used to control his power, and his attempts to co-opt the Mexican justice system to continue its crimes. political enemies. In November, he issued a decree stating that his government’s priority projects automatically receive permits without review and that they are exempt from transparency laws.

In El Salvador, President Nayib Bukele and his allies in the Legislature summarily replaced Supreme Court justices they disagreed with and passed laws to remove hundreds of lower-level judges and prosecutors . The Supreme Court justices they appointed ruled that he could stand for consecutive re-election, despite a constitutional ban. The government also proposed a bill on “foreign agents” which, if approved, would severely restrict the work of independent journalists and civil society organizations.

Meanwhile, in Argentina, Bolivia, Peru and Guatemala, various efforts to undermine judicial independence or to use the justice system for political ends have threatened democratic checks and balances.

In Colombia, members of the national police have responded to mostly peaceful protests by arbitrarily dispersing protesters and using excessive force, including using live ammunition. Violence and abuses by armed groups, including killings, massacres and forced displacement, have increased in remote areas where the presence of civilian public institutions and economic opportunities are lacking. More than 450 human rights defenders have been killed in Colombia since 2016, the UN reported. The government has taken insufficient and inadequate measures to protect them.

Colombia – along with Chile, Ecuador and Peru, where security forces have committed serious abuses against protesters in recent years – has yet to take significant steps to reform its police force or cadre legal process to ensure accountability for these human rights violations. In Brazil, police killed 6,400 people in 2020, the highest number on record. About 80 percent of the victims were black.

The Covid-19 pandemic has been used as an excuse by governments to violate rights. The Guatemalan government has targeted the media and imposed restrictions on information about the pandemic. In Brazil, President Bolsonaro has ignored scientific recommendations, spread false information and promoted unproven drugs against the virus.

Children in many countries have faced barriers to education due to restrictions related to the pandemic.

Venezuela’s humanitarian emergency, which predates the pandemic, has left the country ill-prepared to deal with it. Millions of Venezuelans need help and the international response remains underfunded. The World Food Program estimates that one in three Venezuelans suffers from food insecurity.

The pandemic and associated economic crisis, the assassination of President Jovenel Moïse and a magnitude 7.2 earthquake exacerbated the existing political instability and violence in Haiti by gangs often linked to state actors. Haiti has continuously struggled to meet the basic needs of the population.

Despite the border closures, millions of people have been forced to flee their homes. More than 6 million Venezuelans have fled their country; many face difficulties in obtaining legal status in their host countries, as well as arbitrary expulsions, xenophobia and abuse by migration agents. More than 110,000 Nicaraguans have fled their country since 2018. Hundreds of thousands of people flee the northern triangle of Central America every year. Many of those fleeing in search of protection pass through Mexico, where they face violence, discrimination and abuse from criminal groups and Mexican authorities.

There have been some limited and promising developments. In December 2020, Argentina passed a bill to legalize abortion in the first 14 weeks of pregnancy, and in 2021 four states in Mexico decriminalized abortion up to 12 weeks. The Constitutional Court of Ecuador and the Supreme Court of Mexico have taken steps towards easing restrictions on abortion, which could spur further progress.

The Mexican Senate has passed a groundbreaking reform of the General Law for Women’s Access to a Life Free from Violence to ensure that women’s shelters and justice centers are accessible to women with disabilities. The Chilean Congress has approved same-sex marriage. Argentina has recognized non-binary gender identities in official identity documents, the first Latin American country to do so.

Brazil’s Supreme Court blocked some of President Bolsonaro’s most damaging policies and upheld human rights. The Guatemalan ombudsperson’s office continued to be concerned about attempts to undermine fundamental rights in the country, even as the ombudsperson faced several attempts by Congress to impeach him, and a possible criminal investigation for the promotion of human rights. LGBT rights and sexual and reproductive rights.

“Many courageous journalists, human rights defenders and judges in the region have played an extraordinary role in exposing the abuses and acting as a check on executive power,” said Taraciuk Broner. “It is essential to continue to support their critical efforts to protect the rule of law, fundamental freedoms and democratic institutions at a time of major risk in the region.