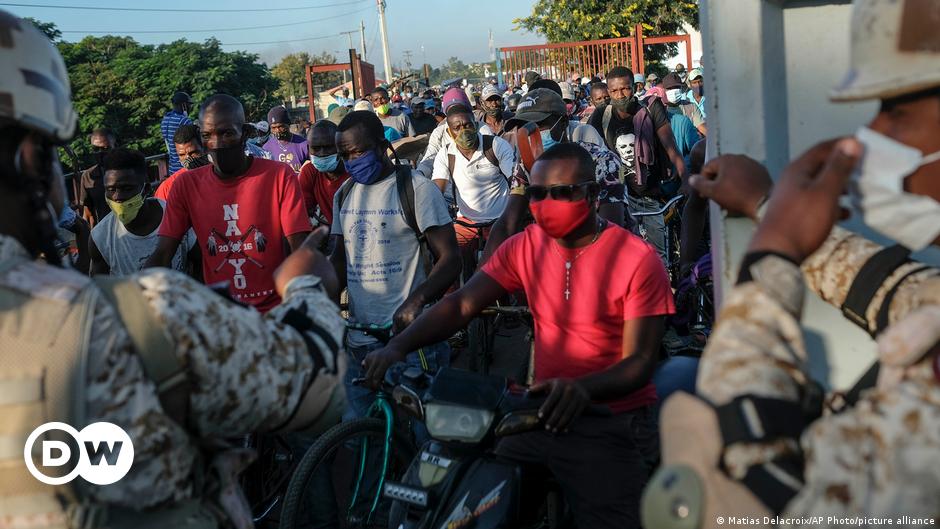 The Dominican Republic began building a wall on Sunday to cover parts of its border with Haiti.

Haiti is the Dominican Republic’s only land neighbor as both countries are located on the Caribbean island of Hispaniola. The wall will cover almost half of the 392 kilometer (244 mile) border between the two countries.

What did the Dominican government say about the wall?

“The benefit for both nations will be of great importance,” Dominican President Luis Abinader said as construction began.

“The serious institutional and security crisis that [Haiti] traverse has brought its people into a worrying situation of social and political instability,” Abinader said, referring to the crisis sparked by the July 7 assassination of Haitian President Jovenel Moise.

This crisis “must be overcome by the Haitians themselves,” added Abinader.

Abinader said the border wall would reduce the smuggling of commercial goods and weapons and human trafficking, as well as help fight organized crime in both countries.

The wall will be 3.9 meters high and will be equipped with fiber optics, motion sensors, cameras, radars and drones. The wall will be made of concrete 20 centimeters (7.8 inches) thick and topped with a wire mesh.

The Dominican army said there would be 70 watchtowers along the wall.

The Dominican Republic launched the project before the anniversary of the country’s independence from Haiti on February 27, 1844.

Why do Haitians migrate to the Dominican Republic?

Haiti is one of the poorest countries in the Americas, while the Dominican Republic has prospered over the past decades.

Many Haitians cross the border in search of work in the fields or in the construction industry in the Dominican Republic.

The mayor of the border town of Dajabon told AFP news agency he was not in favor of the wall, saying “the real wall is the wall of the economy”, and accused the soldiers of accepting bribes to allow the passage of unregistered migrants.