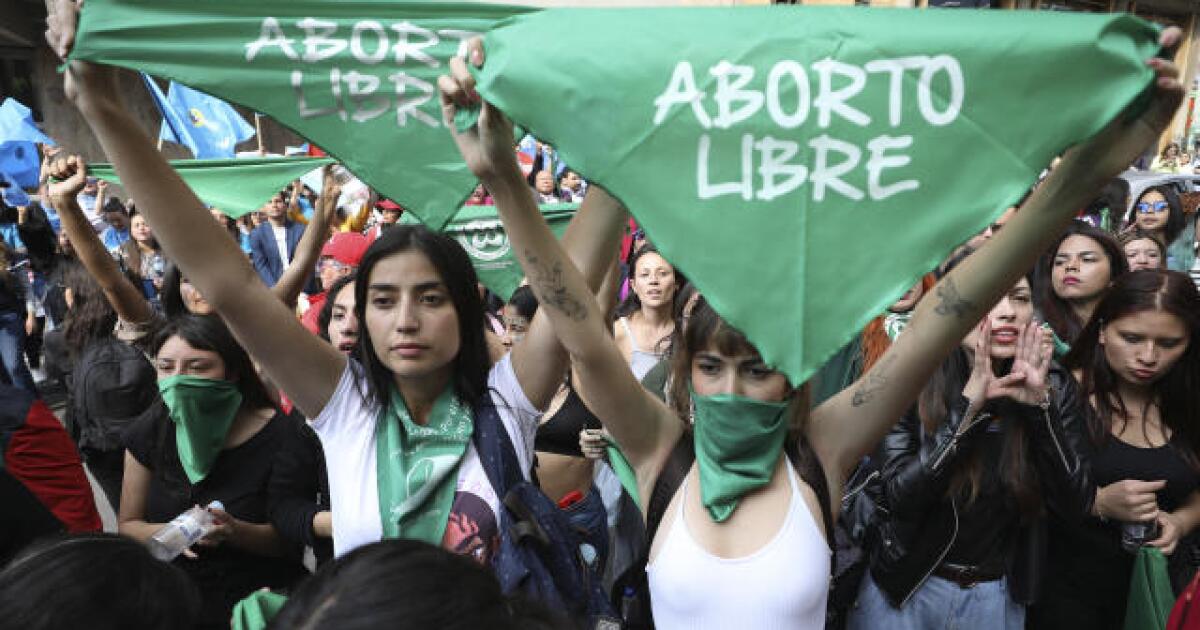 Colombia’s highest court legalized abortion on Monday – the latest such ruling in what many are calling a wave in Latin America, a wave that goes against what is happening in the United States and Florida .

As the pandemic continues, you can count on WLRN to keep you up to date with local news and information. Your support is what keeps WLRN strong. Please become a member today. Donate now. Thank you.

Until now, abortion was only legal in Colombia in cases such as rape and severe fetal malformations. Colombia’s Constitutional Court has now approved all abortions within 24 weeks of pregnancy – nearly double the limit that other Latin American countries like Argentina and Mexico have recently granted, under what became the region’s “green handkerchief” movement.

“It’s extraordinary that the court has decided on 24 weeks — it sets a historic standard for the region,” said Daniela Martins, who is based in Miami and is chief strategy and communications officer at the nonprofit Women’s Equality Center. .

“So it’s likely that the Colombian decision will have a ripple effect, just as the Argentinian and Mexican decisions had an effect in Colombia.”

Ironically, 24 weeks gestation is the current abortion limit in Florida. But he is threatened by a bill in Tallahassee that would set the limit at 15 weeks – with no exceptions for circumstances such as rape. Martins said it’s not unthinkable now that women from Florida could fly to Colombia for legal abortions.

“As we witness this historic moment in the advancement of abortion rights in Latin America, we see the exact opposite in the United States,” Martins said.

“And I hope the victories in Latin America will help strengthen the movement in the United States.”

Latin America as a whole still has some of the most restrictive abortion laws in the world – and has more countries than any region that ban abortion under all circumstances.