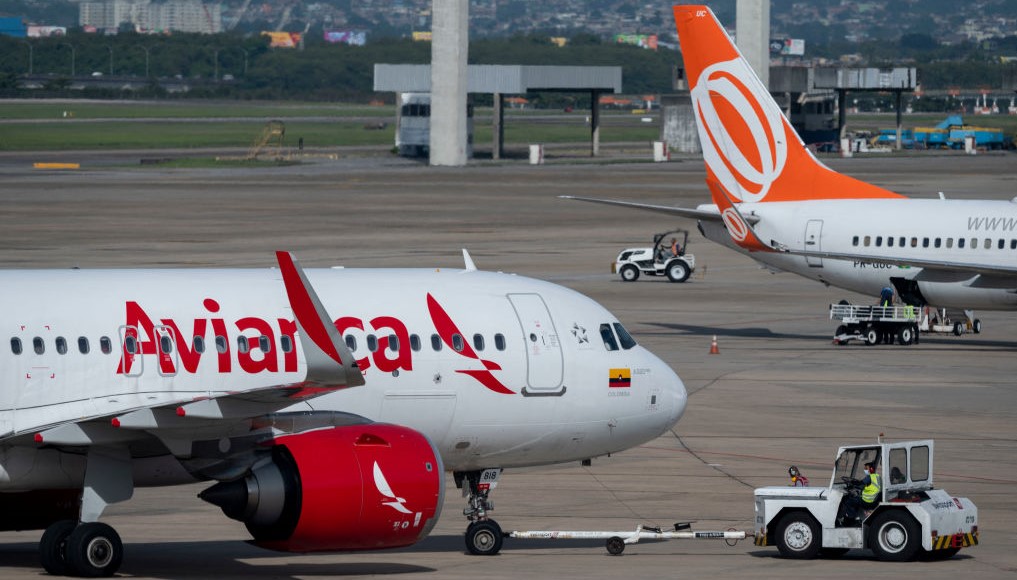 Abra will encompass major airlines in Brazil and Colombia

Abra will be made up of the main shareholders of the Colombian Avianca and the majority shareholder of the Brazilian GOL.

Abra will hold a 100% non-controlling interest in Viva and convertible debt representing a minority investment in Chilean airline Sky.

Avianca and GOL aim to close the deal in the second half of this year, and if successful in their efforts, Abra would hold leading positions in Brazil and Colombia. Data from CAPA and OAG shows that GOL has a 32% share of Brazil’s available seat kilometers (ASK), compared to around 34% each for LATAM Airlines Brazil and Azul.

In Colombia, Avianca and Viva together account for approximately 68% of Colombian domestic ASKs.

Industry veteran Roberto Kriete will be chairman of the Abra Group, and in a conference call on May 11, 2022, he explained that Avianca and GOL will each be able to expand into markets where they are not. active today. The group will also relentlessly focus on cost to achieve the lowest cost per seat on long-haul flights, he explained.

A new fleet complexity will accompany the scale created by the Abra Group.

GOL operates Boeing 737s and is working to increase the number of MAX jets in its fleet.

CAPA’s fleet database shows that Avianca has 105 aircraft in service and 90 on order, the majority of which are Airbus A320neos.

GOL operates 132 aircraft and has 99 narrow-body 737 MAX aircraft on order.

Will other airlines feel the need to respond to the creation of Abra?

Abra joins other airline groups in Latin America, including LATAM Airlines Group and the JetSMART airline group, which operate in Argentina, Chile and soon Peru.

Azul attempted to acquire LATAM, which remains in Chapter 11, but ultimately abandoned efforts to buy its rival, concluding that LATAM’s valuation in the company’s Chapter 11 reorganization plan was greater than Azul’s. deemed credible.

Now the question is: will Azul feel compelled to respond to the wave of M&A activity in Latin America?

During a May 09, 2022 earnings discussion, Azul CEO John Rodgerson responded to a question regarding LATAM, stating that Azul was confident in its standalone plan and saying, “We are very confident in what we do here in Brazil, and focus on our core business.

But despite that confidence, operators such as Azul and Copa are likely valuing their role in a rapidly changing Latin aviation landscape.

Copa CEO Pedro Heilbron recently said the airline could become the only one to offer “the right product for the business traveler in our part of the world, and that’s a plus”. This was not the case before the coronavirus pandemic, Mr Heilbron said, but some Copa competitors are moving towards lower cost models.

He explained that Copa continued to have low costs, as well as a strong product and network.

“I will not talk about whether we should react or not. I think if we choose to stay focused on our business model, I think we can continue to be successful that way,” Mr. Heilbron said.

Another layer of complexity in the draft Avianca-GOL agreement concerns alliance and partnership structures.

Avianca is a member of Star Alliance and before the pandemic was working on a joint venture with United Airlines. American Airlines has spent $200 million for a 5.2% stake in GOL and the two airlines are deepening their partnership.

More details about Abra are likely to emerge when, or if, the proposed deal receives the necessary regulatory approvals. But the deal’s conservatives believe the new company, with its size and diverse market presence, “will be able to better compete with large incumbent carriers and global carriers active in our region,” Kriete said. .

Avianca is working to write the next chapter of Latin Aviation

Avianca exited Chapter 11 at the end of 2021 and in 2022 it is working to chart the course for Latin American aviation by creating a new group of mega-airlines in the region.

Now the industry will see how the rest of 2022 unfolds.

2022-05-13
Previous Post: Remittances are expected to increase by 9.1% in Latin America and the Caribbean
Next Post: Expensive tortillas: Latin America’s poor struggle to afford staples