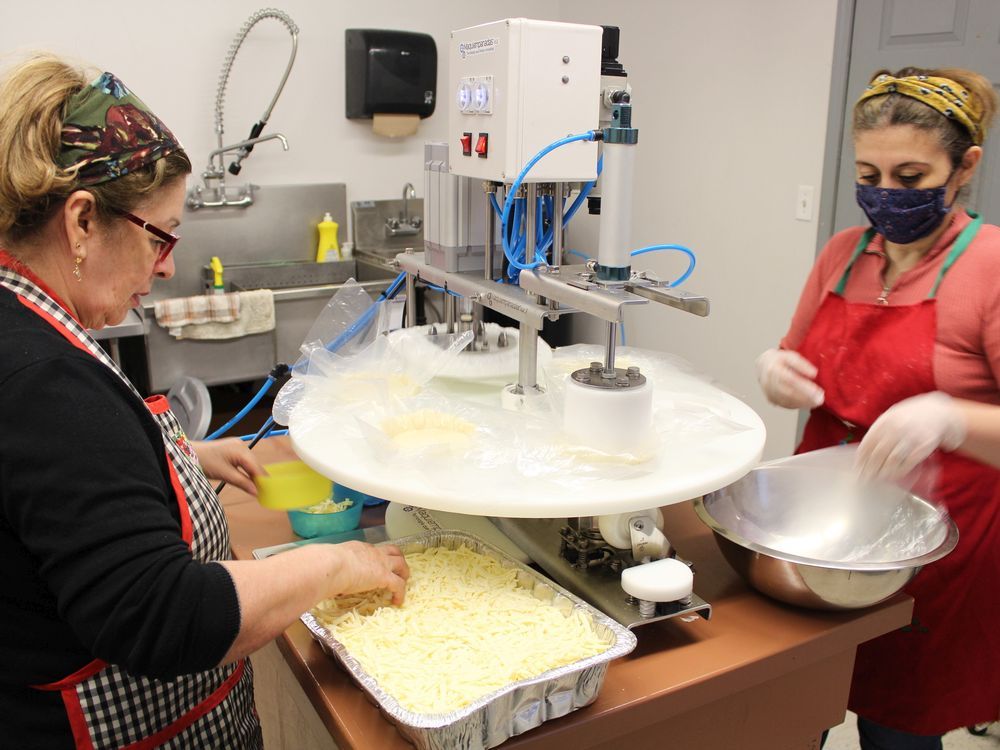 Arepas are the grilled cheese sandwich of Latin America

One of the perks of living in a multicultural country like Canada is having delicacies from around the world available at home.

While some are exotic and require unusual ingredients, others are simply a different take on familiar and often-favorite foods.

An example is the arepa. It is a simple, pancake-like dish made from ground corn or corn flour, and a staple in northern South America. Some countries keep their arepas plain where others, such as Venezuela, stuff them with meat, and in Colombia they are most often filled with cheese.

“I thought it was fantastic when they said, ‘Mom, it’s the Colombian grilled cheese sandwich.'”

Born in Bogota, Santamaria Paredes grew up in the Colombian town of Bucaramanga and moved to Edmonton 19 years ago. In June 2018, she started the Bogota Street Food Company with her husband, Chris Van Tighem, and while they make and sell several popular food products in her native country, arepas are a big deal.

“We have expanded and now produce our products in a commercial kitchen,” says Van Tighem. “We’ve evolved and innovated because one of the things we try to do is find flavors that appeal to the Canadian palate.

Santamaria Parades and his mother, Leonore Paredes de Santamaria, make the arepas from scratch, and some experimentation has resulted in some very interesting varieties that they now have for sale.

It all started with the Classic, a simple arepa filled with mozzarella. Next, vegetables were added to the batter – beets, carrots, kale and spinach – changing its color to their rainbow variety.

The husband and wife team, laughing together on the phone, keeps the business fun going, as evidenced by their bueno arepa, filled with gouda cheese.

“It’s kind of a joke because, bueno and gouda… goud… good,” says Van Tighem, explaining that bueno is the Spanish word for good. “We try to have a little humor.”

The picantos is a spicy version with cheddar inside and jalapeños in the batter, and finally the canadian, one of the most creative varieties, offers bacon and maple syrup with the mozzarella cheese.

Along with that, there’s a vegan arepa and arepitos – small snack-sized arepas without cheese.

Although it’s still a foreign food, the preparation couldn’t be easier. Arepas are sold frozen and cooked frozen in a non-stick pan.

“You don’t need oil or butter because the dough contains butter and the cheese contains fat,” says Santamaria Paredes, who explains that the hardest part of cooking an arepa is patience. necessary to obtain a result crispy on the outside and soft. between. “Don’t get frustrated, just know it’s 20 minutes to make arepas.”

The Bogota Street Food Company is part of the Uproot Food Collective where orders can be placed online, but you can also find them every Saturday at the Edmonton Downtown Farmers Market and seven days a week at Argyll Foods Tienda Latina, 9844 63 Ave.

2022-02-17
Previous Post: Venezuela, a key Russian ally in Latin America – Borisov
Next Post: The most frequent Latin American and Caribbean routes in March by a single carrier