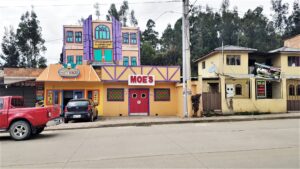 I laugh. Well not really. It’s like that sometimes. Anyway, two that have recently closed or announced an imminent closure are Grand Catch on Grand Avenue in St. Paul and Dumpling on Minnehaha Avenue. One that has just reopened at press time is Hard Times, the West Bank’s big breakfast and late-night hangout. And the one that reopened in February, although you might miss it if you don’t know because it’s only open on Saturdays and Sundays, is Lucy’s Market, which is kind of a convenience store, but also a very good neighborhood Ethiopian restaurant. It’s on Cedar, just north of 38th Street.

This one is no joke, even though it may seem like one. The Eater has this delightful article about the many “bootleg” Moe’s Taverns found scattered across Mexico and Central and South America. “The Simpsons” is very popular there, and some entrepreneurs have created small Springfields, with Tabernas de Moe. Read it here: www.eater.com/22966376/moes-tavern-real-simpsons-themed-bars-latin-america

If I ever pay $25 for a Caesar salad, Brutus better stab me 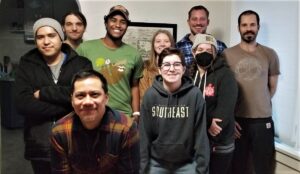 The title above was found on Twitter and I just liked it. But it is a good link with my monthly sub-section on the organization of work. (I don’t put a word on organizing work in the food and drink industries in every issue of The Dish just because I’m a big fan of organized labor, although I am. I do it because it’s is what happens, and I owe it to future historians to record it.)
But seriously, how about you, Amy’s Foods? (See what I did there?) Every time I hear of a company that touts its grassroots roots, happy community workplace, dedication to blah blah blah values, and suddenly turns out to be just another union breaker, i feel a jolt like it hasn’t happened before. Or if so, this business wasn’t like that, surely? But yes, it is. In fact, Amy’s Foods, with its Amish or Quakerish flavor or 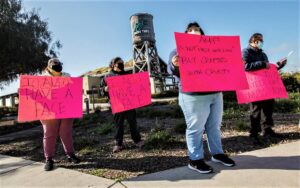 less Hippie Americana, treats its mostly Latina workforce with Amazon warehouse-level cruelty, just on a smaller scale. Or so it seems.
Oh, no, and you, Peace Coffee? This one is a real “oof”. It’s a beloved local institution, and a certified B Corp (Google it if you don’t know) plus they make great coffee! And yet they haven’t learned from other similar union campaigns that they should voluntarily recognize their union if they don’t want to be looked down upon by a surprising number of former customers.
Racket (racketmn.com) has the story “Peace Coffee Is Unionizing”. Eater (www.eater.com) has “Labour Disputes at Amy’s Kitchen, Explained” and also another great union story, “How Scared Is Howard Schultz of the Starbucks Union Wave?”

How to quit meat without feeling or being sick

But first, why stop eating meat? If you have children, you can do this for your grandchildren. If you don’t have kids, I fully support you not having any, so you could do it for my grandkids. In other words, although many people give up meat to save their own bodies and health, anyone can and should do so to save the future and even the current environment. Cows and pigs will kill us. 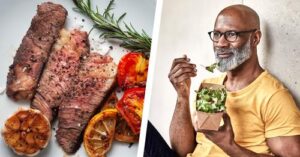 The production of beef, dairy, lamb, pork and animal by-products is second only to transportation (all shipping, all automobiles, all flights, commercial and military) in terms of emissions. greenhouse gas. If you also count impacts on water – the use of water in industry and as an input for food, and water pollution), that makes livestock farming, slaughter and the commercialization of animals the most destructive thing for the environment.
Not everyone can completely quit meat. Even before being a restaurant reviewer, I tried not to be fanatical about it, as I attempted to be vegan a few decades ago and failed. I am now a reducer. It’s a real thing. I say, do what you can. Eat less meat. Fish and game are a little less destructive to the environment. A burger or roast chicken every year or so will put you ahead of most people in developed countries.
I saw this article in Men’s Health about how to quit eating meat without getting sick. It’s basically about what you might be missing on a vegan diet and how to get it in plant-based foods. What you might be missing include: enough calories that aren’t carbs, or just enough calories per period; the satiety factor of a good protein/lipid ratio; plus juiciness, flavor, iron, calcium, vitamin D3 or vitamin B12. Go to www.menshealth.com and find “How to give up meat without becoming sad or weak”. 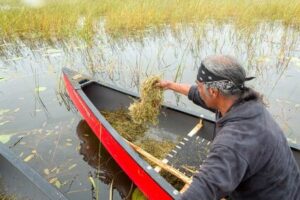 A Facebook friend shared a post from a group called Gitigaanike, which is a public group run by Red Lake Nation. The post is about Red Lake Nation’s activities to achieve and maintain the nation’s “food sovereignty.” Read the link copied here to learn more about their bison ranch, garden and hemp farm, and the new product they will be producing – a protein bar made with puffed wild rice, hemp seeds, syrup maple and pumpkin seeds. www.facebook.com/groups/gitigaanike/posts/5208491995848092.

15 brunch spots plus one I love the most

The Eater Twin Cities (the online magazine has a national section and regional sections for all metropolises that rate one, which we thankfully do – twincities.eater.com) has frequent listings on the X number of “what whatever” in the region. On April 14, they released “15 Essential Twin Cities Brunches”. It’s a pretty good list but it doesn’t include Modern Times! I’m sure you’ll agree with me that no matter how you cut it, there has to be at least one on this list of 15 that’s nowhere near as good as Modern Times. 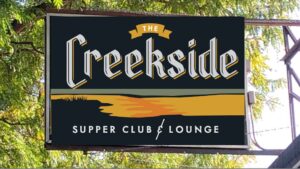 Mini-Review: A 60th Anniversary Dinner at the Creekside Supper Club

There have been a lot of reviews for the Creekside Supper Club in the roughly four months since it opened in Pepito’s former space on Chicago Avenue. And now there is one more. Because I took my friend Patricia, who was celebrating her 60th birthday that night, for dinner as a celebration. (One might wonder why her husband wasn’t doing the honors. Well, better not get into that, but don’t worry, they’re fine. He’s a musician, you see.)
The Creekside Supper Club is a trip down the nostalgia lane for sure. Even if you didn’t grow up in the Upper Midwest, where the supper club was a special institution, for those of us who are baby boomers or older, you probably had something similar in your area. in the 1950s to 1970s, before people were cool. One reviewer succinctly described the decor and ambiance as “farmer chic”. Another word that came up sometimes was “kitsch”, which implies irony. There was no hint of the earlier period – it was the dining experience of the untraveled American masses – and the irony at Creekside and other modern supper clubs is sweet and indulgent. 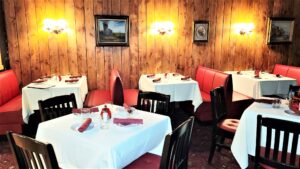 Even if the kitsch is just a little too kitschy for your taste, you’ll also be forgiven if the food is good enough. And it’s quite good. It is very good. I’m going to rave about one thing only: the mussels. Champagne mussels, as they are called on the menu. The mussels were good and plump, perfectly fresh and absolutely swimming in a thin champagne cream sauce that seemed half butter, half mussel broth and just a hint of champagne and creamy cream. Maybe a little hint of garlic and herbs. I like things like this that let the right ingredients do the talking without overloading them with clever touches. It was balanced and sumptuous at the same time. This is listed as an appetizer, but I had it as a main course, with a side of really good fries. (I like pretending to be in Belgium.)
But we had appetizers! And these are good too! If you love going out for cocktails and you like retro cocktails, because that’s what they have, these appetizers would be a perfect accompaniment and you wouldn’t even need dinner. The relish platter, a supper club staple, contains everything that makes it “Wisconsin” style, as advertised. Fried cheese curds, check. Game sausages, check. Pickled vegetables, check. And oh well, a creamy pâté of smoked gray trout, check. Along with that, we had perfect four huge popovers with maple butter.
Highly recommend Creekside Supper Club. You can be farmer chic without dressing too much, shelling out to park downtown, or breaking the bank to pay the check.

2022-05-02
Previous Post: The Many Worlds of Mainland British Latin America
Next Post: How to build the bridge between the US and Latin American tech ecosystems