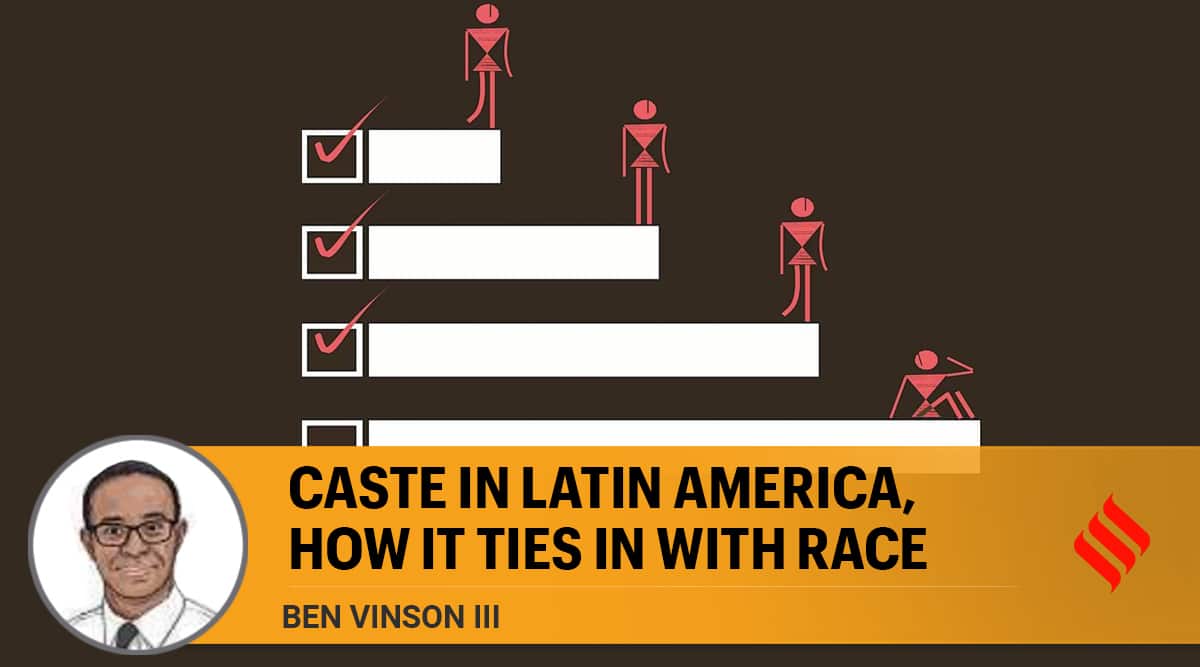 A caste heritage in Latin America

There are few places you can go in the world that have not been directly or indirectly affected by caste. Having spent my entire adult life studying the history of race and caste in Latin America, I am convinced that the vocabulary of race used in most countries in the region owes its existence to caste categorisations. that flourished in the early modern world. In other words, underlying the framework of today’s modern racial terminologies and thought, in places like Mexico, Cuba, Peru, Argentina and Brazil, is an architecture created by the caste.

If you travel to Latin America today, depending on the countries you visit, you might encounter people described as mestizos, cholos, zambos, morenos, or mulatos. Without going into detail about the meaning of these categories, they all refer to various racial groups – essentially mixtures of black, white, Asian and indigenous populations. Hundreds of racial categories have been used throughout the region over time.

If you could visit those same Latin American countries in the 17th or 18th centuries, you would find the same categories described not as races, but as castes. In other words, tracing the genealogy from race to caste is linear and direct. But why and to what effect? Why were these categories created and what does this mean for caste heritage in Latin America and other parts of the world?

The reasons for the creation of castes in Latin America are clear. In the aftermath of the 16th century conquests, through which Europe came to dominate the Caribbean, as well as South and Central America, the Spaniards and Portuguese found themselves at a numerical disadvantage. Particularly in the sprawling empires of the Incas and Aztecs, which numbered millions across Mexico and Peru, the small handful of Spanish conquerors were numerically disadvantaged. Without the ability to directly rule everywhere, a method of indirect control had to be devised so that the empire’s massive populations could partially regulate themselves. Moreover, the small foreign white elite had to legitimize their authority in Latin America, where they were essentially intruders. Color has become a convenient, if inaccurate, shorthand for intellectual intelligence, Christianity, talent, and governmental authority. In a huge empire, European settlers had to be able to quickly recognize, by sight, which populations were supposed to be subordinate to them.

Another precipitating factor in the rise of caste was the way the New World quickly became a magnet for new foreigners. On the same ships embarked by Europeans also came African, South Asian, Chinese and Japanese immigrants, some of whom were slaves. Congregated mostly in the growing cities of the New World and with low numbers of immigrant women, these new populations began to take native wives and also began to mingle with each other. Unbalanced power dynamics further pushed whites to engage in miscegenation with whomever they chose. These processes happened quickly and uncontrollably. The racial mix of the early days was unleashed and intense. If Spanish and Portuguese governance were to have any chance of success, emerging mestizo children had to be given a place in the social order. Barriers had to be erected to prevent racial mixing from overtaking the colonies and replacing the white elites themselves. This ongoing saga includes a silent history underlying the framework of the Spanish and Portuguese empires and is part of the untold background of the region today.

But the very pace of racial mixing and the suddenness with which new groups began to appear in the New World created a different fate for the caste than in places like India. Moreover, religion was not central to the caste. The mission to spread Christianity was certainly used to justify the conquest activities of Spain and Portugal in Latin America. However, they did not create a parallel with the Brahmin caste, even though the priesthood and university education were largely reserved for white elites.

Latin American priests and clergy did their best to help manage caste boundaries in places like Mexico. They tried to regulate which groups could marry. They assigned birth certificates which marked caste station. They served as authorities who attested to an individual’s caste purity to attain certain positions in society, and they investigated caste transgressions with respect to matters of faith. But priests were frequently bribed, unauthorized marriages took place everywhere, and some forbidden castes even slipped into the coveted ranks of the clergy themselves. The power of religion over caste was weak.

All of this has created a different caste system than you might recognize. I call this an “open caste system”. Sure enough, caste boundaries did work…sometimes. Caste boundaries were strongest when someone clearly and visibly belonged to a select group. But even here, a shift has occurred. Ultimately, Spanish and Portuguese authorities selectively enforced caste regulations over the centuries, because if they were too restrictive, they might have lost their ability to govern. Over time, they learned that keeping a door open into (and out of) certain caste categories allowed them to reassemble their prized ruling groups into a vast and daunting empire.

That some people could conceive of themselves as members of the ruling caste (when they were not) was convenient and helped the authorities to govern where they did not have a sustained presence. Some areas were so remote that royal authorities rarely visited them. But they received taxes and tributes from these distant places. Finally, the government and the Church knew that they could always tighten the reins of the castes when deemed necessary – a practice which eventually became more difficult to enforce over the centuries, and the ruling castes became diluted.

In an open caste system, changing the composition of the ruling caste was inevitable. War, revolution, industrialism and capitalism imposed even more changes. The great fortunes and power amassed in colonial times by the elite did not always survive when colonies became nations. Some upstart families took advantage of the Wars of Independence, and other opportunities, to seize wealth, power, and prestige. Thus, the colonial-era view of what a ruling caste should look like was destined to crumble over time in Latin America. What interests me, however, is that the first vision has not completely disappeared.

An unknown secret is that the open caste, despite modifying the members of certain caste groups, has actually enabled the long-term survival of the caste in the region. Thanks to the open caste system, the caste was able to change, change and adapt over time. In this way, as concepts of race began to emerge in the Western world, caste proved to be malleable and able to blend into the background of race. In the Western world, race would ultimately trump caste. Race, as a classification system best able to describe human admixture from a scientific perspective. As science and empiricism hardened into European thought through the Enlightenment, race was seen as more ideologically aligned with modernizing societies. The caste was considered more outdated.

Nevertheless, few could appreciate the effects of open caste as it silently blended with emerging notions of race. As ancient caste practices in Latin America faded, they continually informed the modern race – dictating that there would be great latitude and tolerance of racial difference in modern Latin American societies, for behind there was a much deeper purpose behind tolerance. This goal was a larger, more all-encompassing form of hidden control that drew on people’s appearance, life, and action. This method of control gave a wide range of people enough leeway to operate in various unprescribed ways in their societies, but also ultimately preserved closed doors for some of these people in the most coveted areas of social access and in situations where it mattered most. . History shows that the open caste operated this way in the distant past and likely continued to whisper these goals into the way the race operates in Latin America today.

Ben Vinson III, the author of Before Mestizaje: The Frontiers of Race and Caste in Colonial Mexico, is the provost and executive vice president of Case Western Reserve University.